GERES is a collect and appreciation company of ferrous and non-ferrous metals. Headquartered in Prado, Braga.
The name of the company is the junction of two words, in which “GE” represents management and “RES” represents waste, being then a company directed for waste management. We offer great facilities and equipment with modern machinery, and people with qualified formation, for everyone enjoy better services.
In our company we contribute to a service with greater efficiency and promotion of environmental conservation.
We have digital scales, approved and registered, for guarantees from both parties. So we can say that our customers work with a pioneering industry with the best prices and quality of services.

Valuing the environment is taking care of the future.

Ensure the appreciation of waste in the most sustainable way in its various areas of activity, ensuring demanding environmental standards, exemplary social practices and value creation, positioning the company as a beacon of innovation and environmental reference.

More than valuing waste, GERES values People’s quality of life, ensuring that the waste produced is used as resources or forwarded to the most appropriate destination. In the GERES world there are resources with potentialities to be explore, in a context of innovation, that will allow, in the near future, to ensure a better quality of life for the populations.

·Respect for life, people and the environment
·Quality
·Encouragement and recognition of individual development

Being a company of excellence, which seeks more and better, seeking to broaden New horizons of action, with boldness and confidence in the competencies that contribute to the growth of the company.

Collective behaviour as a business organization, promoter of the principles of honesty, truth, loyalty, rectitude and justice, in the daily conduct of all.

To be a beacon of innovation, acting at the forefront of technology and management.

A sense of commitment to the realization of common objects, with a sense of institutional loyalty and collective perseverance in the challenges of the Organization.

Consolidation of the sense of belonging and integration, in the promotion of consensus and with respect for differences. 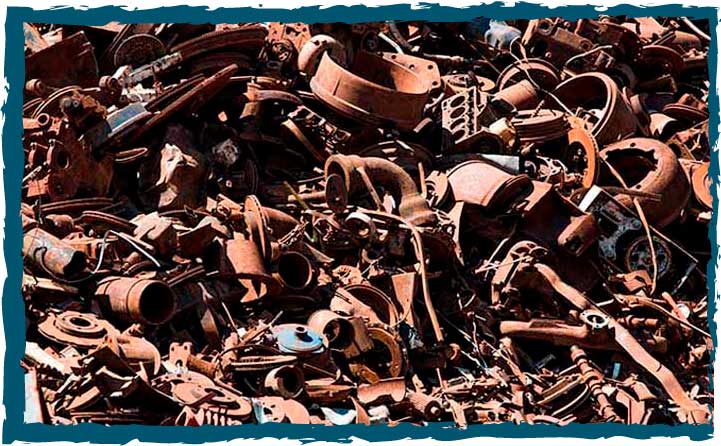 As ferrous alloys are extremely versatile, there are no adaptive passwords for a wide variety of vitamins and physical. Most metals tend to oxidize when exposed to air, especially in damp environments, so they rust.

It is a light metal, soft and sturdy. It has a silvery and matte gray aspect, due to the thin layer of oxides that form rapidly. It is very malleable, has excellent performance to corrosion and light due to the protective layer of oxide.
It is the second most malleable metal, being the first the gold, is a good conductor of heat, is widely used in cookware. 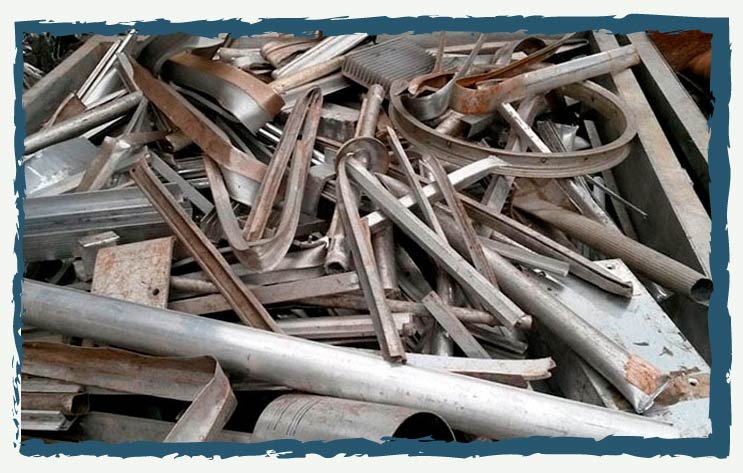 Known since prehistory, it is currently used for the production of conductive materials of electricity (wires and cables). It exists in alloys such as brass and bronze.

It is a metal, dense, soft, malleable and bad conductor of electricity.It has white-bluish coloration when freshly cut, but acquires grayish coloration when exposed to air.It is used in civil construction, acid batteries, ammunition, protection against X-rays and gamma rays and forms the part of metal alloys for the production of welding, fuses, electrical cable coating, antifriction materials, typography metals, among others … 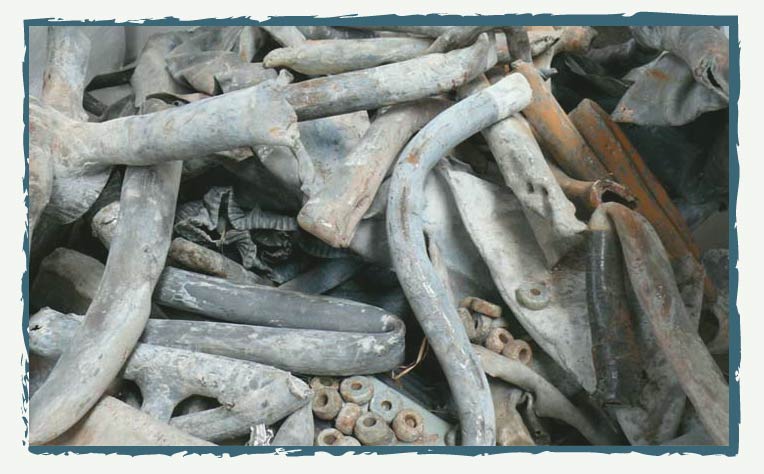 It is a copper and zinc alloy, is yellow and is used in the manufacture of household objects such as pots and basins, of musical instruments of blowing and fantasy.

The main application of zinc – about 50% of the annual consumption – is in the galvanization of steel or iron to protect them from corrosion, that is, zinc is used as the sacrificial metal (making it the anode of a cell, or only it will rust). 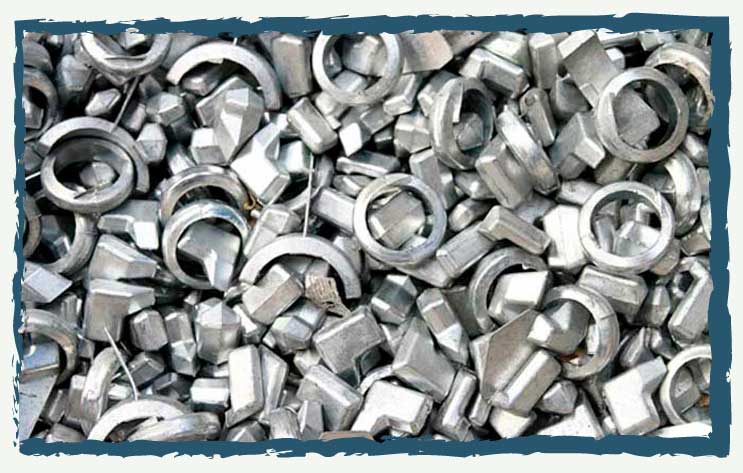 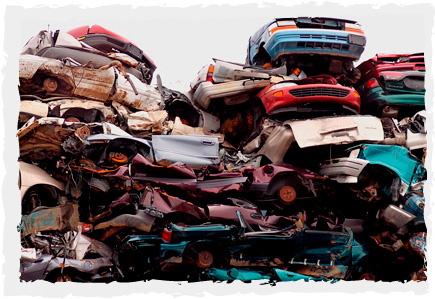 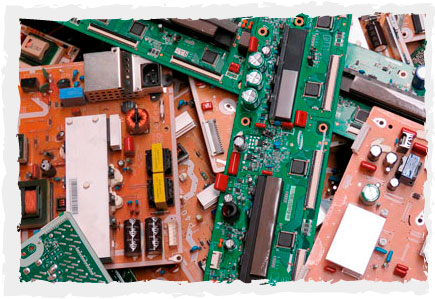 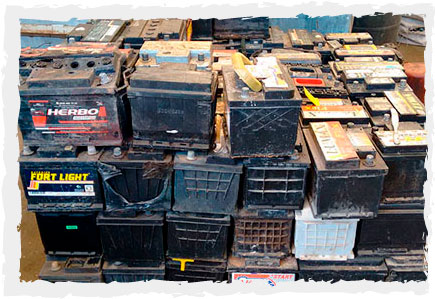 ValorCar – As soon as you deliver your vehicle to a specialised centre, a check of the car and all the necessary documentation for the cancellation of the registration is carried out.
After the validation is made, the certificate of Destruction is issued, which will serve as legal support for the annulment of the car registration. The vehicle is then sent to “recycle”: it is subjected to its refering and internal coding. The car goes through the decontamination process (to eliminate hazardous or toxic materials), is dismantled (to be removed the components or parts that will be reused) and the carcass is recycled.

In the process of decontamination are done the following procedures;
– Removal of oil filters, batteries;
– Neutralizing the airbag and the pre-tensioners of the safety belts;
– Removal of fuel (petrol or diesel);
– Lubricating oil removal of the speed and motor box, hydraulic systems oil, brake fluid, coolant and fluid from the air conditioning system,

The following work is done in the dismantling process:

Fernando Ferreira, Administrator of Escrilux, decided to create a company to respond to the increasing requests of several businessmen, who sought a response to the height in the area of office furniture.
To meet the needs, he became official dealer of the brand GUIALMI, a Portuguese company of great quality and international renown.
“I am the representative of the company for Minho. It is a company that gives me all the guarantees to serve the clients in the best way, with solutions for the specifics of companies of all the branches of business “, assures Fernando Ferreira. “It is a product with quality and distinction, based on drawings by famous Italian architects. In terms of price, I think I have a good proposal for those who need to remodel their office with qualities “, guarantees the person in charge.
GUIALMI – Empresa de Móveis Metálicos, SA already had a representation in the Minho, in the zone of Braga, but ended up losing force. Fernando Ferreira closely followed this process and revitalized, again, the representation, which is synonymous with superior quality at the best price.

Cidália Guerra, manager of the company, decided to bet on the proposal that seemed to have more quality. “I received several proposals, but I was pleased with the proposals that Mr. Fernando made me and the quality of the articles he showed me.
The professionalism that has made me think of Escrilux as an alternative when we buy the remaining furniture, when we definitely move to the new pavilion, “said the businesswoman.

GERES – GESTÃO DE RESÍDUOS, LDA IT IS A SUCCESSFUL COMPANY!

Created in 2012, Geres – waste management, Lda. Has followed a path of success.
In 2014, opened the first pavilion, and is now finishing the first pavilion itself.
The company sells all types of metals, buying metals that are no longer in use.
After sorting and selection, the company sells and exports the metal. “We have seen very good growth, which has already forced us to switch twice, now to final installations. We have almost doubled our billing year after year, which leaves us satisfied, working in such a competitive market, “said Cidália Guerra. The new facilities are to allow to increase the volume of treated material, monthly, and to store it conveniently. The new facilities are located in the industrial zone of Lugar do Barreiro, in Prado. 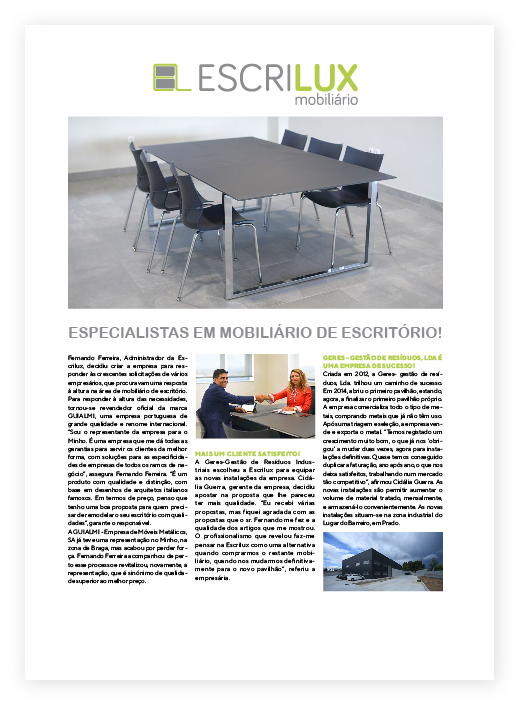